Get a FREE mini-course on Ways to Engage with God's Word!

Why You Should Memorize a Whole Book of the Bible 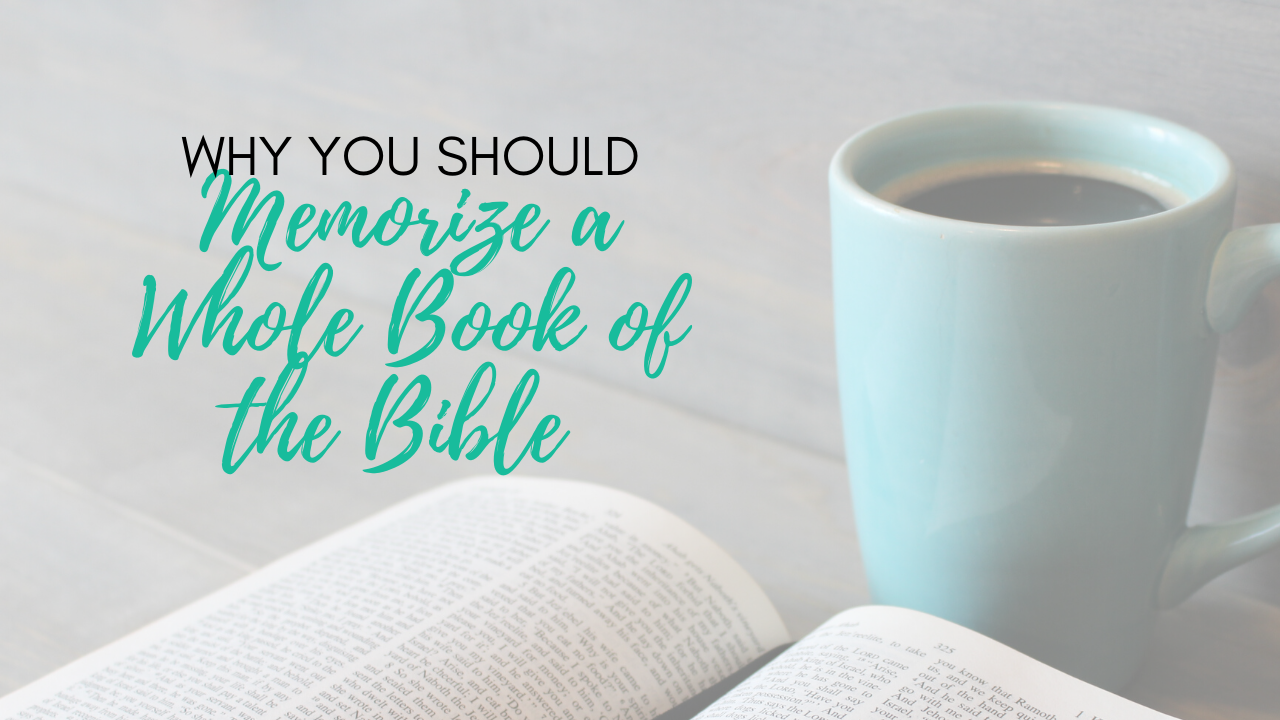 When I was a kid, the church secretary would give you a piece of candy if you quoted a verse for her. To be honest, most of the time I would cheat and just use the same verse each time. There was always the one kid who would quote John 11:35, “Jesus wept” (also known as the shortest verse in the Bible). We would all roll our eyes, but were secretly jealous that he beat us to it.

I never really knew the context of that verse, but I assumed it had something to do with Jesus dying on the cross. If I could think of something in Jesus’s life that would have made Him cry, that would have been it. But that is not the case at all. Jesus cried because His friend died. He knew that in a few moments that He was going to raise His friend Lazarus from the dead, but for the time being, Jesus mourned his friend’s death. Jesus came into his friend’s pain, and was there with them in that. That is so much more powerful to me, than Jesus weeping over His own pain. 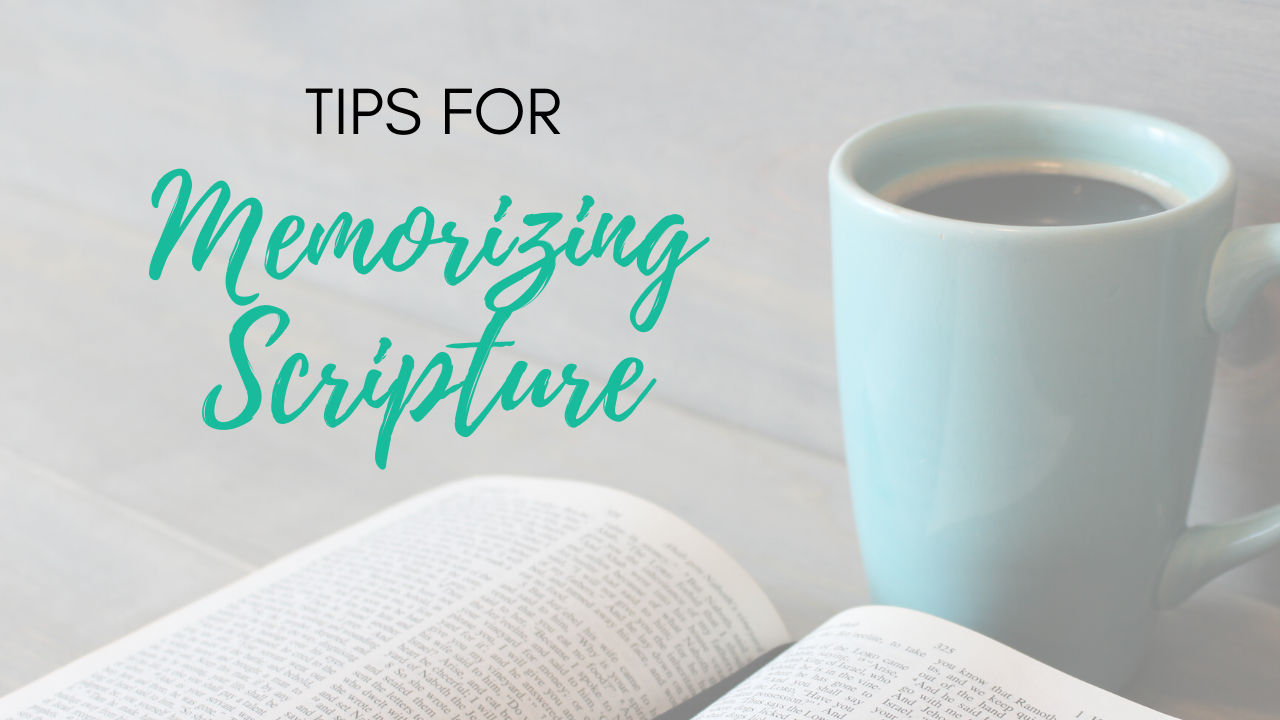 When I say you should be memorizing scripture, the number 1 response I hear is, “but I don’t have a good memory.” To be honest, my memory isn’t that great either. But I spend time on it. What you spend time doing is what you will get better at. Here are a few tips to help you get started with Scripture memory.

Don’t start off trying to memorize the whole book of Matthew. Start off trying to memorize your favorite verse. Chances are you know that one pretty well already, since it is your favorite. Start a habit of reading that verse out loud 10 times a day for a week, and then the next week, try to quote it 5-10 times per day. Over time, that verse will sink in.

PICK A VERSE THAT HAS MEANING TO YOU.

Don’t start off trying to memorize a genealogy. Pick a verse you want to remember. Memorize that.

Memorizing Scripture is simply repetition over time. Work on one verse until you have it down. That could be a... 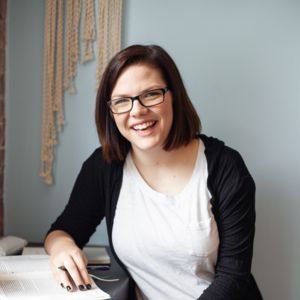 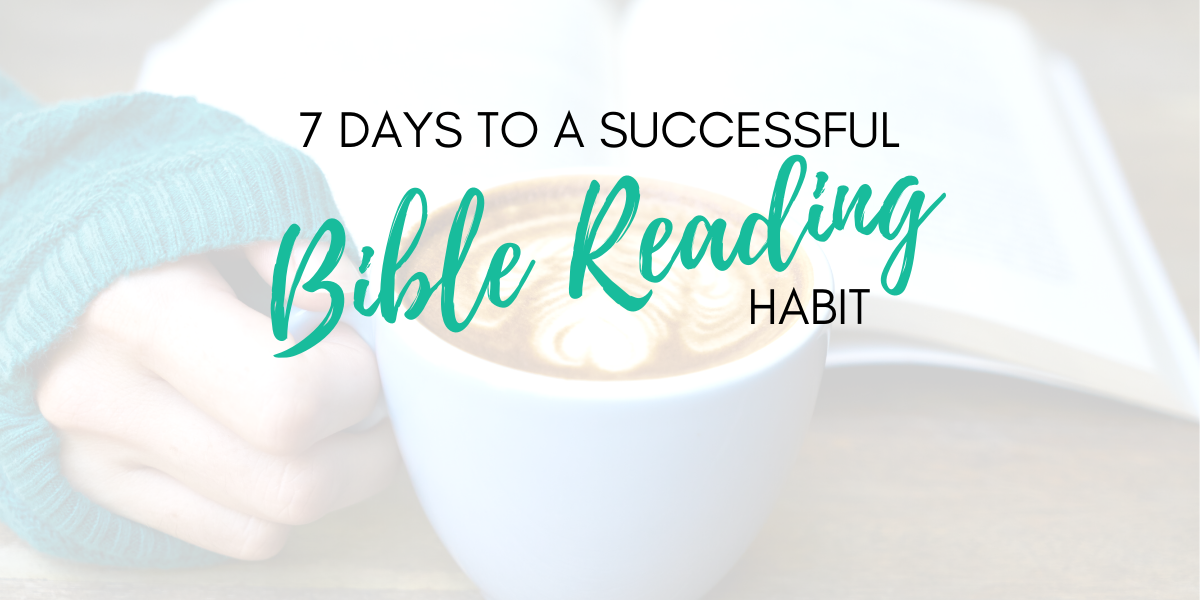 Get the free PDF!

Enter your email, and the PDF will be delivered to your inbox within 15 minutes!